Reaching middle-age can be a depressing time for many, but when the subject in question happens to be a legendary folk festival, then the rings round the trunk are cause for celebration.

Cambridge Folk Festival, one of the premier music events in Europe and one of the longest running and most famous folk festivals in the world, hit the big five-o this year and I was lucky enough to be on site to join in the celebrations.

One highlight, though, was the management of the production of TEN – A Decade In Images, the debut book from one of my clients, Nick Elliott rock photographer, which featured a collection of the very best images Nick has captured at the Cambridge Folk Festival over a ten year period.

I’m really pleased to have now been invited to manage the production of another book by Nick, 50FOLK, which will celebrate the festival’s fifty years and will be nearing completion very soon. 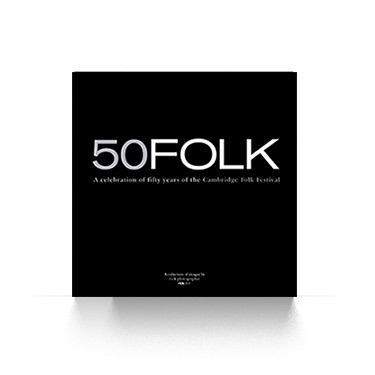